The British Museum in London is holding a series of public debates with the theme: ‘Museum of the Future’. How much contention-in-argument there is to be we will find out. These debates give the impression of being more like discussions, rather than debates on contestable propositions.

All three talks have interesting and relevant titles, and the British Museum should be commended for raising these issues. It is to the first talk of the series, to be held on 11 September 2014, that I’d like to draw attention. It carries the title, ‘A living building: How can the British Museum best deliver its constant purpose for a changing public’. This heading exactly raises the kind of questions that are asked by the supporters of reunification of the Parthenon Sculptures from the British Museum (BM) to the Acropolis Museum.

However, the crucial part of the phrase is, “…for a changing public.” Changing from what, to what? Who is the public the BM is beholden to? Full analysis of these questions is outside the scope of this piece, but on all acounts reckoned by recent public debates (the adversarial kind), and polls in the UK, the British public supports (by large majorities) the return of the Parthenon Sculptures to Athens.

So the question really becomes, will the BM listen to its public? Will the British government, neatly part of a circular ‘pass-the-parcel’ legal screen with the BM Trustees, also listen to its public? The hope is that these series of talks will enable the BM to confront its own mandate, to allow the legitimacy of this claim to become part of its operation.

However, there is evidence to doubt the ability of the the BM to listen. A little more scrutiny of the relevant BM’s webpage gives the indication that the “museum directors and cultural professionals” might rather intend that the debates become a forum to “…explain what they want and expect from the BM…” The familiar names of Neil MacGreggor and James Cuno, proponents of what Tom Flynn calls the ‘universal encyclopaedic museum’, are taking centre stage at these events. Has their position shifted? Have they noticed the continuing shift in public opinion to return the Parthenon Sculptures? Will they follow their own purpose and responsibility to the public?

A disquieting give-away that the BM and its culturo-historical complex is not listening to its public is found in the line, the BM provides “…a place where people can see the history of what it is to be human.” The direct implication is the well established rationale by the BM that its “constant purpose” is to be a museum ‘of the world for the world’. What this disguises is a very particular narrative, from a very particular point of view, about how the BM sees ‘human history’ to have evolved. This narrative normalises the historical exploits of colonial acquisition; the reason the BM has the Parthenon Sculptures in the first place! This reasoning claims to explain that the BM, and similar universal museums, have a duty to possess-and-curate objects from around the world, to then explain – to the rest of the world – the history of humanity. The only authority and legitimacy in this claim is that of colonial acquistion; that only from this postion can an adequate history be described. It ignores notions of place, of context, of meaning as embodied in those fields; of differing stories and alternative readings, that of course challenge this universal encyclopaedic narrative, that itself is an exoneration of empire. Such a narrative seems too easy a way out, too much like a justification for retention. It helps to avoid the obvious special case for the return of the Parthenon Sculptures.

This case is special because it is absolutely clear from where these sculptures were taken, the history of their theft and subsequent sale, and that these sculptures are part of a single and singular piece of art that is the Parthenon building itself. It is an art that should not remain fractured and separated. Special because with the Acropolis Museum we have the best possible place for the sculptures to live, to be alive; a place that was especially built to house them. The Acropolis Museum is a home, where the Parthenon Sculptures can become reunited into their foundational narratives, as Pheidias had intended. Where meaning is once again created in this reunited embodiment, where the correct viewing orientation is restored, where the sculptures are bathed in the Attic light that vivifies the pentellic marble, and where they join in a direct physical and visual dialogue with the Parthenon on the Acropolis hill.

There might come a time when the Acropolis Museum will need to ask the questions surrounding a ‘living building’, but that time is not now. Because in so many ways the Acroplis Museum has answered these questions; it is alive in a way that the BM is not. Especially for the Parthenon Sculptures in the BM, that continue to languish in a gallery that says more about decay and rule, rather than life and imagination. Yet the fundamental task of serving the public is one that the BM has set for itself, and it is hoped they can act on this most noble of wills. I hope the British Museum chooses life. 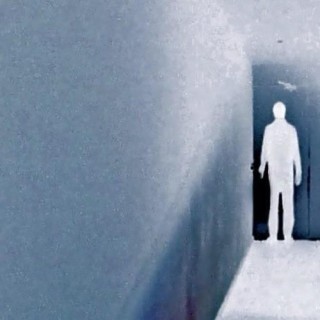